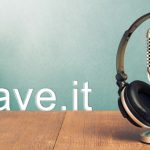 Have you ever had to miss your favorite radio shows because you were busy with work or something else? Well, there’s a new software platform available to help you out.

The software known as uSave.it allows you to easily record all of your favorite talk shows and radio broadcasts via an online platform, and it lets you play them back whenever you have the time to listen. In a lot of ways, it’s like having a DVR system for radio broadcasts.

There’s quite a bit going on under the hood of uSave.it. So, let’s go over what it can do and who it’s for.

If you’ve used a DVR, you already know a little bit about uSave.it. The software allows you to set a recording time, and it’ll automatically start recording live broadcasts while you’re busy with other things.

Starting a recording is easy. All you have to know is the show’s streaming URL, call letters, or station name, and you can set the software to automatically record the show once it starts.

After a recording is complete, you can go back and listen to it.

That’s not all you’re allowed to do, though. Most of the subscription tiers have editing tools that allow you to remove or export segments of a recording, and some of them allow you to download the recording for your personal archives.

There are two types of uSave.it software, and both types are split into two tiers. First, you have a variant designed for personal use. That comes in a basic package and a more advanced package. The difference is mainly how many hours’ worth of audio you can record, and the higher tier allows you to edit your recorded audio.

It’s not all for personal use, though. Professional content creators can use uSave.it to create content, archive their recordings, and automatically manage their own broadcasts through an embedded media player.

Of course, the four tiers require a subscription, but every new user gets a 30-day free trial, and the cheapest tier is only five dollars per month. Even the professional tiers are fairly priced.

If you’re in the mood for some conservative commentary, The Rush Limbaugh Show has you covered. It has topped the charts for American radio stations since 1988, and it’s still growing in popularity.

The show mostly consists of conversations about conservative views and politics, and Rush tries to make sense out of the current political landscape.

If you want to record Rush Limbaugh, create your account and when scheduling the show, just enter the show name and uSave.it will have the stream info you need to use.

If you want a bit more variety, you can record Savage Nation. It’s hosted by Michael Savage on more than 400 national stations, and he covers a wide range of topics.

The show is politically themed, and it aligns with his conservative views, but you can expect to hear conversations about sports, philosophy, and culture, too. His nutritional and medicinal expertise is also featured on the show, and he frequently talks about new findings in those fields.

Once you sign up for uSave.it, just enter the show name and uSave.it will have the stream info you need to use.

The Hannity Show offers a different take on conservative political commentary. While it has a lot in common with Rush Limbaugh’s show, it focuses more on conspiracy theories, and Sean Hannity doesn’t shy away from being controversial.

This is a show for people who love controversial content, and Sean’s personal relationship with the president allows him to talk about the president’s perspective in a more intimate way.

If you want to record the Sean Hannity show, create your account and when scheduling the show, just enter the show name and uSave.it will have the stream info you need to use.

There are actually two different shows that you can listen to that are hosted by Mark Levin. The Mark Levin Show is his main platform, and it features a variety of content, and he has a show on Fox News called Liberty and Levin.

Mark’s background as a lawyer and his multiple positions in the political arena tend to be major themes in both of his shows. He often speaks about different bills and laws, and he comments on them from a conservative standpoint.

Mark has also helped guide Rush Limbaugh’s legal department, and he was a major part of Ronald Reagan’s advisory team. His content isn’t as controversial as Sean Hannity’s, but he frequently draws on his past experiences to promote conservative viewpoints.

If you’re interested in recording The Mark Levin Show with uSave.it, create your account and when scheduling the show, just enter the show name and uSave.it will have the stream info you need to use.

Laura Ingraham is the most prominent female talk show host in the conservative commentary arena, and her show The Ingraham Angle has grown in popularity due to her willingness to jump into debates that others shy away from.

Her show doesn’t focus on any specific political topic. She likes to talk about everything from immigration to racism, and she doesn’t mind generating controversy.

You can expect her show to draw from her experiences on The Rush Limbaugh Show, Savage Nation, and other high-profile conservative shows.

If you want to record the Ingraham Angle, create your account and when scheduling the show, just enter the show name and uSave.it will have the stream info you need to use.

If you like to listen to radio talk shows, you probably know how difficult it can be with a busy schedule. By signing up for uSave.it, you can record and save your favorite shows to listen to them at your leisure.

The prices are fair, the different tiers offer something for everyone, and you’ll never have to miss another broadcast from your favorite host.